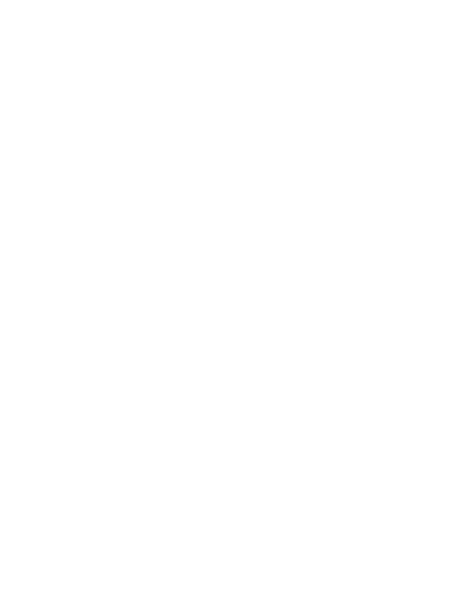 Irina lives alone now, which is ideal. Except last night, when she watched a psychological thriller, some dream-sequence cinema with melting wax heads and ants crawling from orifices and twisted whispering voices. She couldn’t tell you the plot. She couldn’t tell you what it all meant. But she couldn’t sleep after. The scary little movie scenes wormed into the backs of her eyelids. She regretted living so far from Jake then, but by morning, she doesn’t. It would have made her feel like a child, crying to him about a monster that didn’t even make sense.

The morning is heavy. The air is cold even inside her apartment, and peeling off her blankets feels like ripping scabs off an unhealed wound. It’s fall now. There’s stones in her stomach.

It’s a two hour drive from Knoxville to Asheville and Irina doesn’t know if she can make it. Asheville is not even the halfway point. Jake has to drive much longer, three-and-a-half hours, to get there from Atlanta, which is already incredibly nice of him. They’d agreed to meet weeks ago.

The sun is still here, bright even through a grey sky. The trees are already rustling, the people are walking places. It just never stops!

When she was young, Irina couldn’t believe how easily the other kids jumped straight into pools, just like that, throwing off their clothes and leaping in without pausing to consider how cold and uncomfortable the water would be, and every day, they still do it, splashing in without hesitation.

She shivered walking to her car. She used to smile at passing pedestrians, but they seldom smiled back, and each rejection was so painful she stopped doing it altogether.

Jake is going to make fun of her when she orders something pumpkin spicey, and she’ll give the same defense as always: it’s the only flavor they’ve kept truly seasonal, the only one you can’t find any other time Nothing indicates a passage of time anymore — except for pumpkin spice.

She listens to classical music for the two hour drive. The drivers in Tennessee are insane, and only a little better once she’s in North Carolina. She’s fully frazzled by the time she pulls up to the grimiest cafe in Asheville.

Jake’s already here, leaning on the hood of his car, arms crossed, and exhales for the first time all day.

He says nothing. He opens his arms, full-wingspan. She collapses into them. The full weight of his head melts into her shoulder. Irina is dimly aware of the highway roaring dull behind them, the impatient cars inching into parking spots. All just silly little flies buzzing far far away.

The cafe is in the corners, with chalkboard signs and bad art and a garland of fake leaves dangling around the pastry case. It’s cute if you don’t look too hard.

“Do you guys have seasonal drinks?” she asks. “Something autumnal?”

“Like, um.” Irina really doesn’t want to say the word out loud. “Something, um. With pumpkin spice?”

“Yeah. We have apple cider.”

“I’ll take one too,” says Jake. “And do put mine in the microwave.” He pays for both drinks, swatting away Irina’s hand when she extends her own credit card.

“I got this for you.” Jake slides his cup towards her and snatches the cold cider for himself.

“You never make people do anything extra but I know you want your cider warm. You’d never ask her to microwave it yourself.”

It’s sweet, it really is, but it reminds Irina exactly why she’d never live with Jake.

“I watched this movie.” She tells him about it. “It was scary.”

“Yeah. It’s Marsqure ” He’s seen it. Jake’s seen every movie. You can tell by looking at him; he’s got the sloped back, the heavy eyes, the sloppy hair of someone thoroughly ruffled through and disenchanted by real life.

The table beside them seats an older woman, A child rocks in the chair across from her, scattering muffin crumbs in a happy shower all over the floor.

Jake looks at the child, then immediately away. Kids scare him as much as they do Irina. It’s not that they’re not cute, they’re just unpredictable. There’s a lot of things that scare him, quietly. There’s a heaviness to him, a full awareness of his own mortality . Most people can’t seem to bear to look at him for too long. Irina sometimes can’t look away.

The blonde lady looks. She sees them seeing her child make a mess, and offers a what can you do? smile. She leans in towards Irina.

“You guys are a cute couple,” she says and winks.

“Um.” Irina smiles. She looks at Jake. He makes his mouth tight, I know. They’ve avoided the conversation this long.

The apple cider has gone lukewarm in her cup.

“You’re the only person on this planet that doesn’t make me feel crazy.”

“Thank you. That means a lot. You’re the only one I feel lucid with”

“But how do you remember to look down in the first place?”

“You practice. I’ve been getting better at it.”

She was a pisces. Irina didn’t care for astrology too much anymore, but she still collected that data, the same way she’d ask where a girl was from or what her favorite color was. Irina hopes the psychic part wasn’t true though, else Ms. Pisces would’ve heard exactly what she thought about that.

She tells Jake about her. He laughs softly. He doesn’t mind hearing about her and other people. He usually thinks it’s funny, and usually he’s right. There’s always a punchline.

She doesn’t like hearing about Jake being with other people. She can’t imagine most people getting him. They probably think he’s boring, or too serious. Scary, even. It breaks her heart imagining someone thinking that, even though it doesn’t bother Jake.

Sometimes, they get a hotel in Asheville. But they won’t spend the night together this time. There’s stuff to attend to. Really, it’s already pretty late.

It’s cold when they step outside. Autumn bites their ears, their ankles. It’s a sad sky, grey like an old bruise, fading to night and nothing. Floodlights illuminate the parking lot, a stage set for a dramatic goodbye.

“You should come to Atlanta,” Jake says suddenly. His voice is meek, a child asking for a toy he knows he can’t have.

Irina briefly considers it, she really does. “I don’t know if I can. Work –”

“Yeah, work. It’s been really busy lately for me too.”

“Let me know if there’s any other movie I should watch though. We can talk about them next time.”